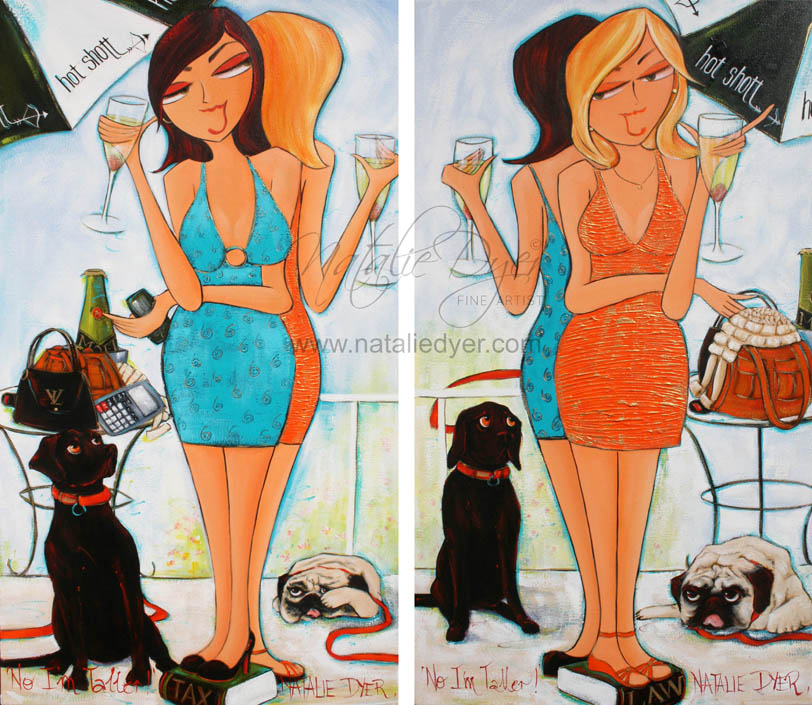 The sibling rivalry between these two women as girls and even now is the family joke which their dad wanted to capture. His memory of them growing up was always the fight for who was taller. As adults both girls have their own directions but still enjoy each other immensely and spend lots of time together. In this painting I was able to play with this rivalry, one daughter became a lawyer, hence the depiction of the law books which she is standing on and the judges wig on her designer handbag. The other daughter became an accountant so she is standing on her tax text books with her calculator at hand for when the bill came.. They both have their dogs who like to pass judgment on the scenes that they witness. I also was given information on their dress and jewellery styles and their favourite bar to drink champagne together.

What their dad had to say…